When I first thought of the term (and yes, this was a phrase I thought I invented until I realized there are already two books and a sequel with this title), I considered it a catchy way to describe that ancient karmic belief that what goes around comes around.

Turns out, the term is most frequently applied to the phenomenon of things backfiring. The Wikipedia definition explains it as “the unintended consequences of an attempt to persuade resulting in the adoption of an opposing position instead.” You know, l 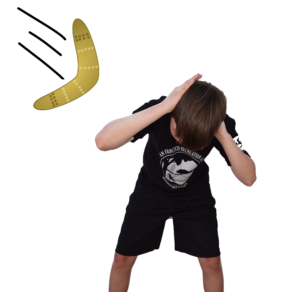 ike when a presidential candidate screams the phrase “I have the best temperament!” in a debate, making people question said candidate’s emotional intelligence.

In my book, it’s not an unstable politician trying to persuade people he’s fit for office, but a high school stoner trying to help someone become “cooler”. It’s only after nearly every float in the homecoming parade has been destroyed that he realizes that standing out is way better than fitting in.